Objective of the experiment: Combine plyometric depth jumps with the use of the Swiss ball to see if the instability of the ball will increase the sympathetic neuromotoric synergism between the two lumbomechanical  modalities.

Me and my Swiss Ball

(notice the cool Norwegian handles on the ball) 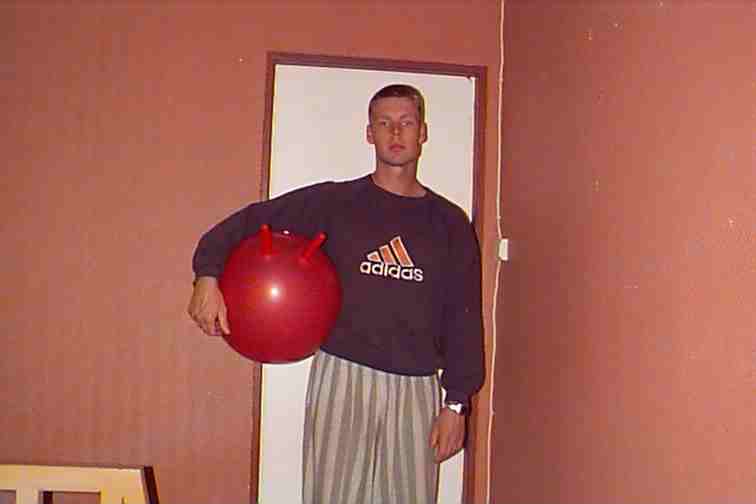 The Scene part 1: Looking down from the starting point (top of the stairs) 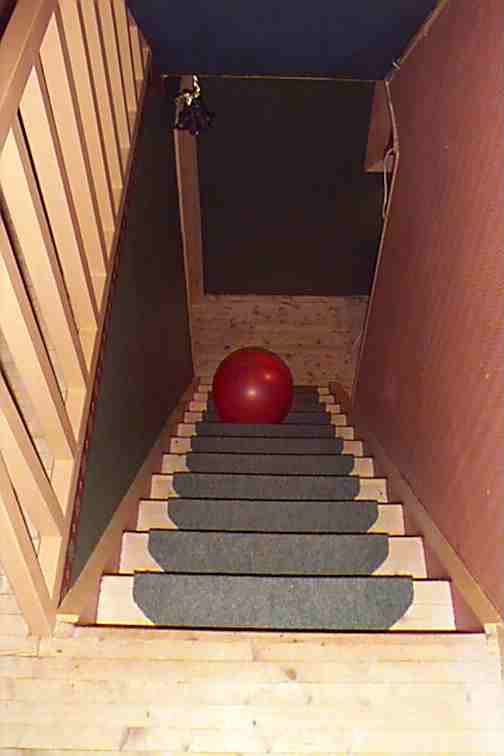 The Scene part 2: Looking upwards to the starting point 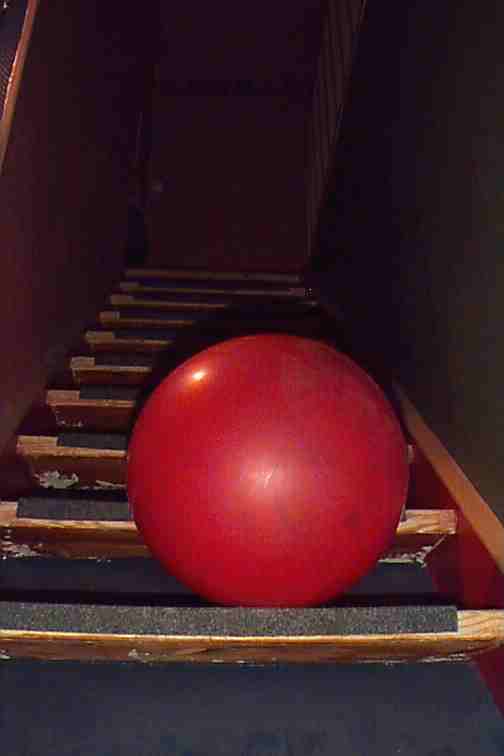 Deep concentration before the jump

Notice my Terminator Part 1 sunglasses from Gargoyles. I've discovered that wearing these glasses has a positive/calming effect on the central nervous system. 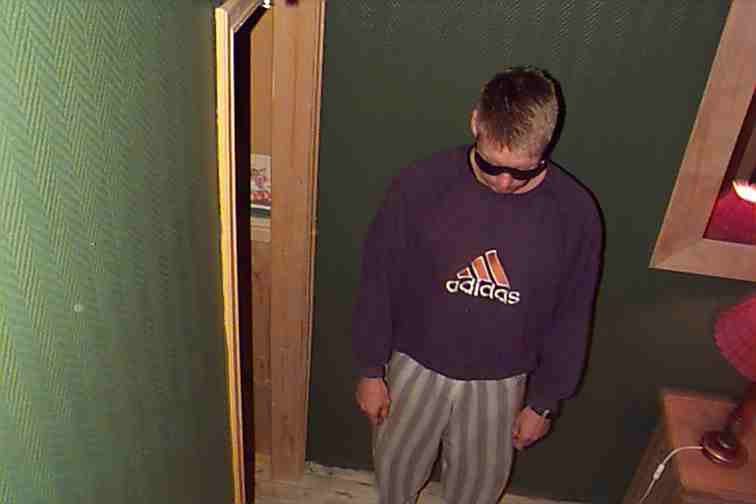 Extreme Rage right before blast off 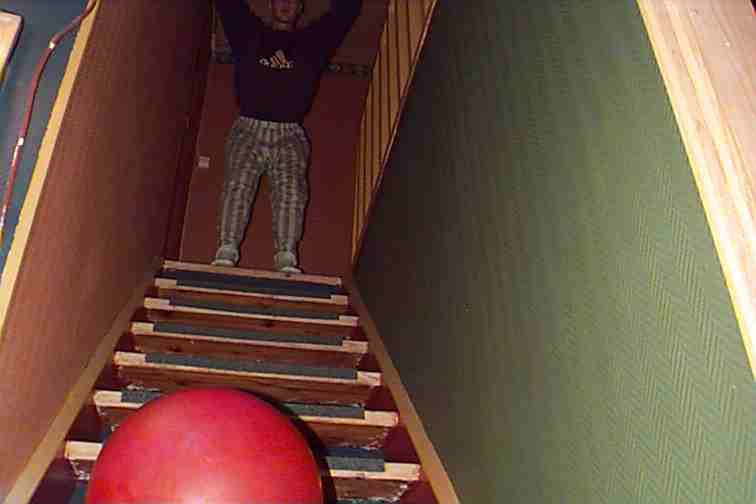 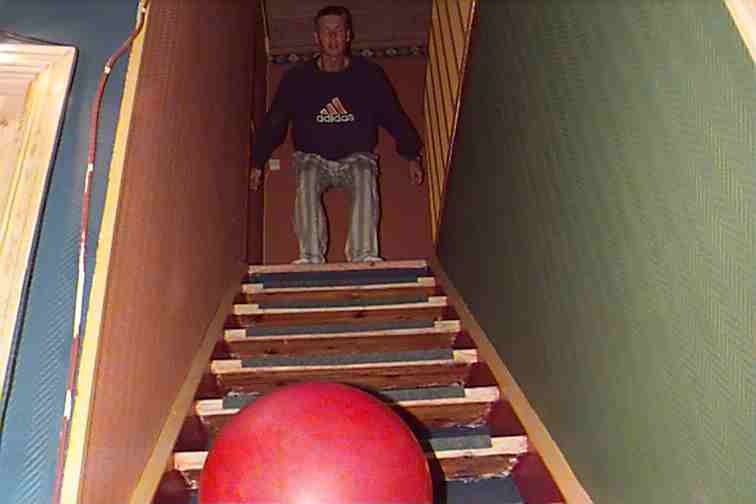 Starting upward motion (mimicking the second pull in the clean) 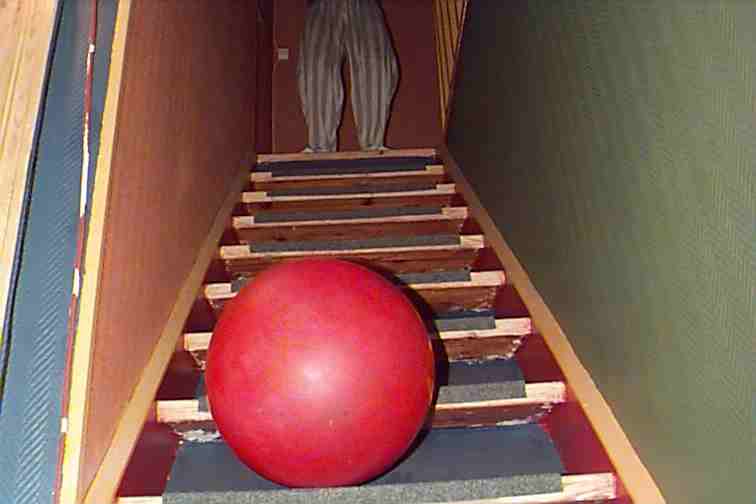 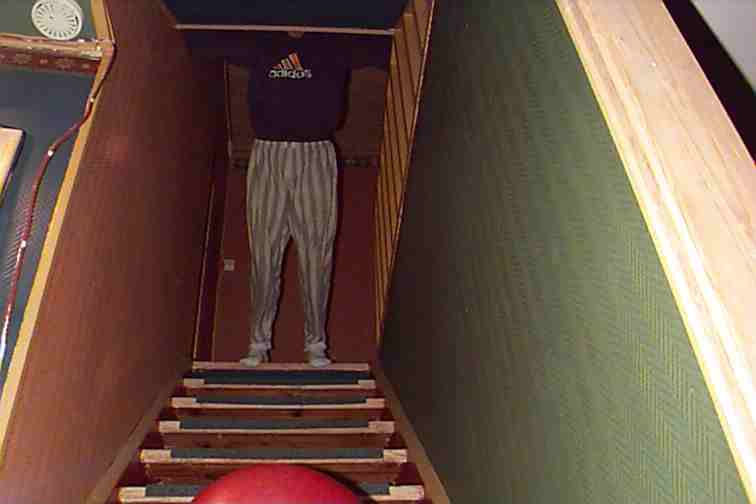 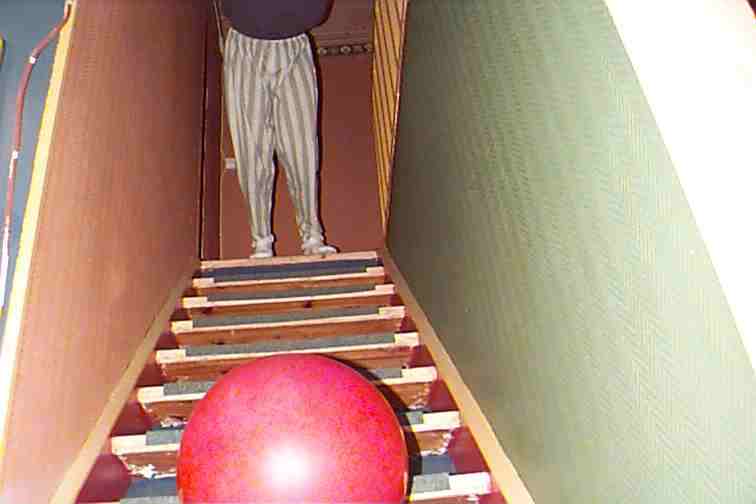 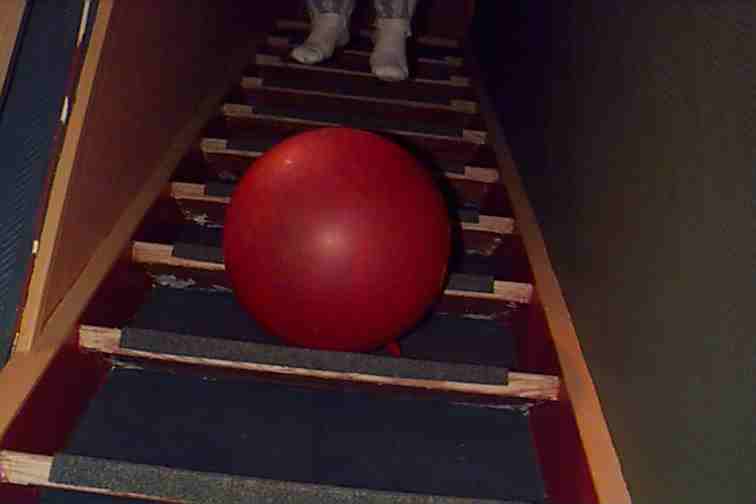 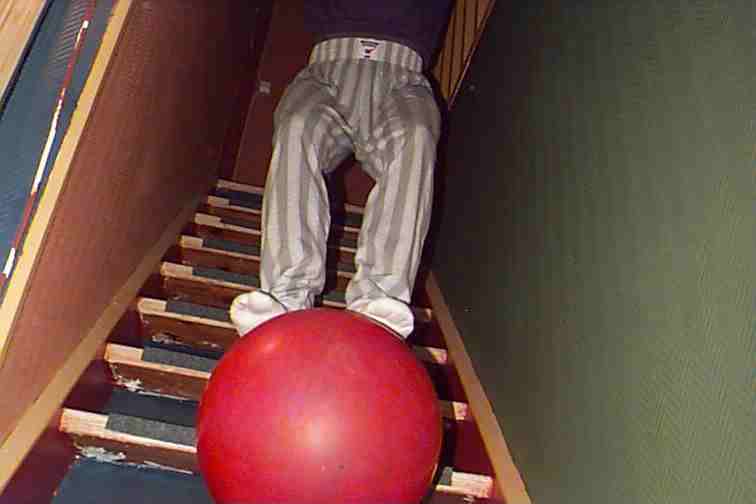 When I landed I smashed my testicles so hard the Swiss ball instantly turned blue. 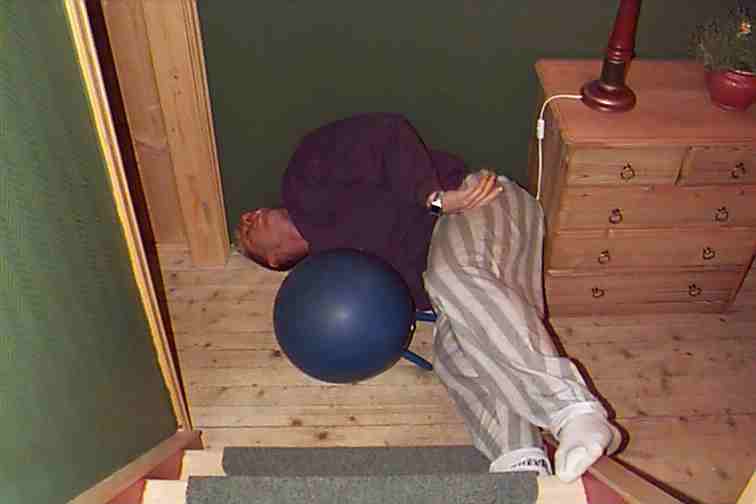 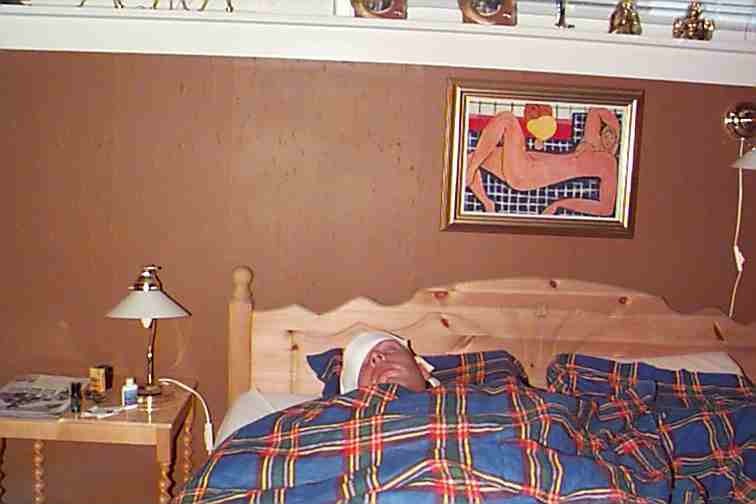 One week later: Right after waking up from a deep coma

If you look carefully you can see the book "Science and Practice of Strength Training" by Zatsiorsky in the bottom left of the picture. My girlfriend read it out loud for me 7 times while I was in a coma. 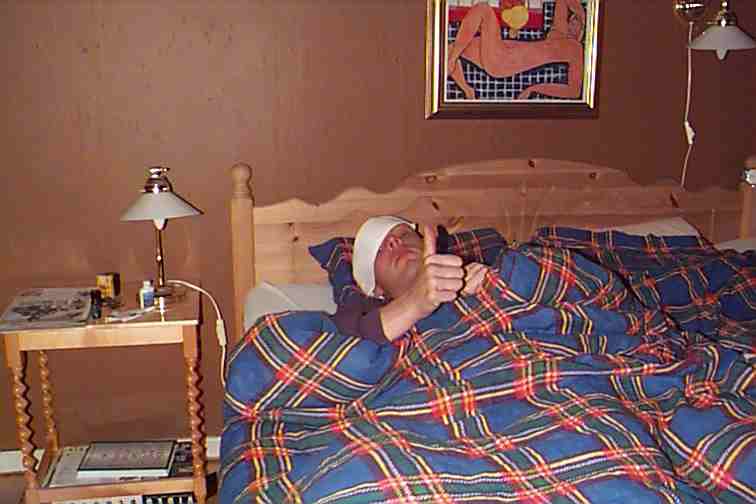 Combining plyometric depth jumps with the use of the Swiss ball does not support the theory that the instability of the ball will increase the sympathetic neuromotoric synergism between the two lumbomechanical  modalities.

However, the results of the experiment suggest that the long recovery period required may aid in the healing of  rotator cuff injuries.

P.S. This is a Joke, we don't advocate this type of training, but we know there are others who do advocate things close to the same level of stupidity.